IEEE is the Institute of Electrical and Electronics Engineers. IEEE 519-2014 is a document that establishes levels of voltage and current harmonic distortion acceptable to the distribution system based on the input transformer characteristic and the loads on a customer’s facility. Many electrical consultants are including compliance with IEEE 519-2014 in their design specifications to help reduce harmonic problems and avoid penalties that can be imposed by electrical utilities. More information about the levels of harmonics can be found on the IEEE website. 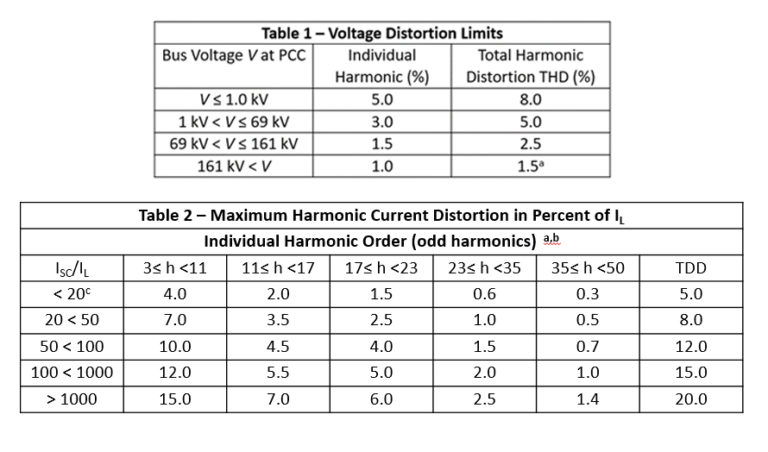