There are two main effects to consider when sizing transformers fed from inverters powered by PV arrays.

Modern PV inverters normally put out a sinusoidal voltage and current waveform that is close to an ideal sine wave. Therefore grid-tie transformers typically don’t have to be oversized if they are powered by solar inverters and general purpose transformers are often specified.

Non-linear loads may induce current and voltage Total Harmonic Distortion (THD) which could affect the transformer and increase heating. Generally a K=4 transformer is sufficient to handle typical distortion caused by non-linear loads if that is a concern. Rapid changes in load should have little to no effect on the performance of dry-type transformers.

Environmental conditions, such as ambient temperature, should also be considered. Most grid-tie transformers will not see a maximum load or if it does occur will last for less than an hour following typical solar facility load curves. Standard dry-type transformers utilizing 220oC insulation and 150oC temperature rise are designed to supply their maximum load continuously provided that the ambient temperature doesn’t exceed 40oC and averages 30oC in any 24-hour period. 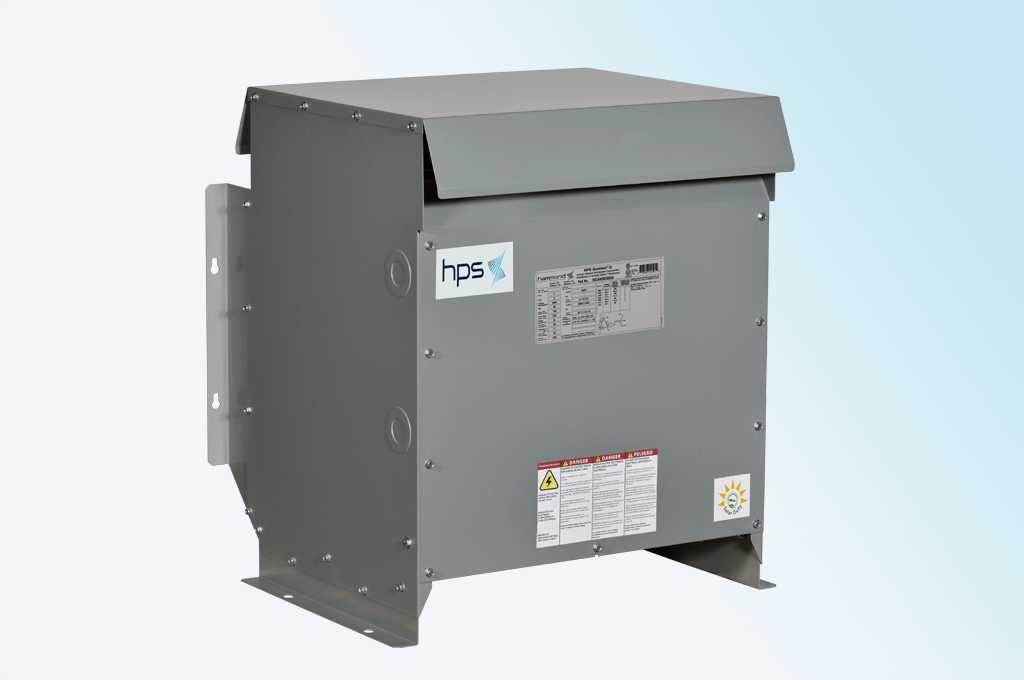 HPS Sentinel™ Solar Duty transformers are designed for applications where voltage adjustments are necessary between the solar generation system and the utility service.