Sinusoidal currents on the phases of a 3-phase, 4- wire system with linear loads sum to return on the neutral conductor. The 120° phase shift between the sinusoidal load currents causes their vector sum to be quite small. In fact it will be zero if the linear loads are perfectly balanced.

The instantaneous sum of the currents in the three phases taken at any moment will also be zero if the linear loads are perfectly balanced. If they are not, then there will be a small residual neutral current.

With linear loads, the neutral conductor can be the same size as the phase conductors because the neutral current will not be larger than the highest phase current. Unfortunately, this is definitely not true for non-linear phase-to-neutral loads.

120VAC non-linear loads like the SMPS used in computers and in monitors draw current in two distinct pulses per cycle. Because each pulse is narrow (less than 60 degrees), the currents in the second and third phases are zero when the current pulse is occurring in the first phase. Hence no cancellation can occur in the neutral conductor and each pulse of current on a phase becomes a pulse of current on the neutral.

Often, in new construction this situation is addressed by simply doubling the neutral conductor ampacity. In existing facilities however, it is most often very difficult and too costly to implement this solution, therefore an alternate method is usually necessary. Question 11 describes how Zero Sequence Harmonic Filters can be used very effectively to reduce 3rd harmonic currents in the neutral conductor. 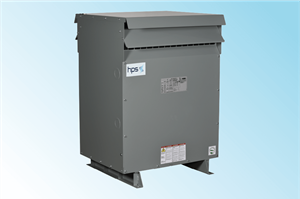